I’m really not sure when I first realised the huge jump there is from being self employed to running a business.

Does that sound horribly naïve? If so then I wouldn’t be at all surprised – as I definitely was.

Rewinding somewhat, until March 2012 or so I was in fact very happily employed. I may have managed projects, and staff, but did so with the support of an organisation that had on hand a Human Resources Department, Finance, Marketing and IT (just for starters).

My focus was on the task I had been appointed to do. I had support in recruitment, payroll, training and all other staffing issues. Payroll, payments, and ordering everything down to post-its was managed by others. And the website, newsletters and other communications were rolled out by experts, with all of us grateful to the IT gurus when glitches hit the system.

I left the office at a reasonable time, usually when the army of cleaners arrived to empty the bins, vacuum the carpets and check all the windows were closed. (Oh – and I never had to pop back at midnight to check I’d locked the front door!)

Redundancy and the search for a new role at the ripe old age of 53 wasn’t easy, but I softened the blow somewhat by rediscovering the joy of baking and within weeks I was being asked to make birthday and other celebration cakes for firstly family and friends but then a wider customer base. This quickly took over the available space at home and within a couple of years I was renting out the old Blockbuster shop at the top of our road!

Making cakes from home involved a simple enough equation. Buy ingredients at a price, sell the cake at a price, and the difference between the two was the profit (allowing for gas/electricity and some relatively minor overheads). I kept my accounts in an exercise book and managed my tax return myself in an hour or so every January.

Moving into The Kitchen was a whole new ball game. It was immediately obvious we would need to employ staff, and not just one or two.  Of course there would be utility bills to pay but who knew how much insurance and licencing is involved in running a small business? Cleaning products, packaging, till rolls, order pads – the shopping list was endless. Making the tearoom look pretty, advertising, a website, phone lines, payment systems. A business this size – now VAT registered – requires a bookkeeper and accountant, a lawyer, and an insurance broker.

So today was one of those days. A day which began as usual with posts on Instagram and Facebook, then moved on to responding to email queries. At some point I checked stock and placed online orders, before interviewing two potential new team members. Another new member of staff needed some training and we prepared a number of Afternoon Teas. Yes there was some baking but also a lot of tidying up after the busy-ness of Fathers Day. The phone didn’t stop ringing all day, every table in the tearoom was full all afternoon, and that of course meant a lot of washing up before we could leave for the day.

The website needed a lot of updating (embarrassed to admit it still said we were closed to sit ins and the opening times were all wrong) and a newsletter was overdue. Then there was a payroll issue to pick up (had begun looking at it first thing today but it got somewhat side-lined).

And besides all of that there was the matter of our pavement licence which expires in August. Looking at renewing it for another year I read that any licences in place at the end of September will automatically expire (I may have read that wrong though – it does seem rather unlikely). Anyway, I reapplied which involved uploading five documents to the council portal (the same five that I had uploaded last year but for some reason I had to start over). And downloading a document which must be completed and displayed in the window or the process will have to begin again…

I then asked for a minor variation to our licence which apparently is a major variation and will cost £190.00 and involve another lengthy form and 28 day consultation. So I printed that off and will complete it tomorrow.

But tomorrow I actually have a new team member starting, and I really must do some baking. My office needs tidying and we have several large deliveries coming which need to be put away. Then I really must look again at the website as apparently the cake order form has been playing up, and I have a refund to issue and a receipt to send out. And I must sort out who won the last window competition and start the new one!

And did I mention I need to do a load of laundry?!

So in summary this to me is the difference between when I was self employed and what it means to run a small business. Perhaps it wouldn’t be quite this way if we hadn’t had a global pandemic to deal with (the website wouldn’t have needed so many changes – nor the online forms maybe). But if anyone ever wonders what a small business owner does all day I’m not sure either! 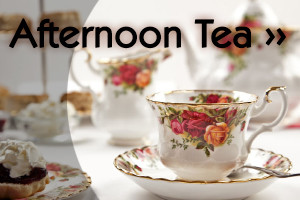 Our opening hours vary with the seasons and school holidays! Please call 01923 805896 to check we are open before planning a visit.

Look out for special evenings advertised on our social media pages.